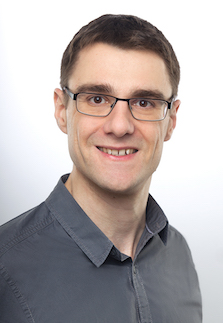 Achim grew up near Freiburg in the southwest of Germany between the Black Forest mountains and the river Rhine. He studied chemistry in Freiburg and received his BSc after investigating rhodium catalyzed intramolecular hydroacylation reactions in the group of Prof. B. Breit. In 2013, he moved to Switzerland for his Master studies at the University of Basel, were he worked with Prof. A. Pfaltz on the characterization of iridium dihydride intermediates.
Achim joined the Sparr group as a Master student focussing on the stereoselective arene-forming aldol condensation and continued in the group as first PhD student to develop 1,5-bifunctional organomagnesium reagents for the direct conversion of esters into arenes.
If not in the lab, Achim enjoys sports and reading.

A 1,5-Bifunctional Organomagnesium Reagent for the Synthesis of Disubstituted Anthracenes and Anthrones
A. Link, C. Fischer, C. Sparr*
Synthesis2017, 49, 397–402.